In conversation with
Mr Craig McKenzie 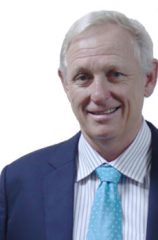 FDI Spotlight: What are the key milestones that Investec has been able to obtain in Mauritius?

Craig McKenzie: We have now built up a bank with a US$2 billion balance sheet. We started out in 2000 with a very small amount of capital because of exchange control restrictions in South Africa. We now have about US$380 million in retained earnings after significant dividends. So clearly it has been a successful venture setting up a subsidiary here.

Is human capital a challenge for you in terms of finding people, training them and retaining them in the company?

Craig McKenzie: There are definitely certain difficulties in finding certain skills in Mauritius, but so many other great aspects that make it a fantastic place to invest: the cost of doing business is low, the proximity to our markets is good, the regulators are quite good when it comes to responding to industry issues.

To start with, the markets that we work in are not present here; therefore we try to hire Mauritians who have worked overseas and have gained the experience in those markets. In addition, if the government is serious about wanting Mauritius to become a major international finance hub that can compete with the likes of Singapore, Dubai and Hong Kong, one needs to be able to attract the best human capital and provide them with a mechanism of staying permanently in Mauritius. We cannot expect to be highly competitive when we do not have enough people with the requisite skills.

At the moment we have around 90 employees, only 4 are expats.

What are your thoughts on the nightlife in the capital city here influencing tourists and expats?

Craig McKenzie: It is important for people to look at how places like Port Louis and Grand Baie have developed over the last 15 years. There used to be a lot less to do and see, so it is starting. Unfortunately, because no one really lives in Port Louis, it is not really happening here yet in terms of vibrant nightlife.

It should be noted that infrastructure in general needs to be improved. Incomes have risen quickly so most people can afford cars and houses. Upgrading of roads, water and social infrastructure now needs to follow in the wake of this prosperity.

Mauritius is in a middle income trap and wants to move out it. The key areas to improve are education, infrastructure and healthcare. What are your thoughts on this?

Craig McKenzie: Healthcare here is, comparatively, quite good. Access to basic health care isn’t bad, however access to more sophisticated medical care does need to get better, especially in terms of attracting tourists and expats; it is all part of the idea of a better social infrastructure as well as physical infrastructure.

Do other African countries see Mauritius as the hub for African investment?

Craig McKenzie: The fact is that there is a lot of capital that goes through Mauritius into Africa. Its banking infrastructure and capital markets might not be as sophisticated as South Africa’s, who also wants to be seen as the investment hub for Africa, but the fact is that South Africa has a few constraints, and one is exchange control. So while South Africa wants to be the hub and more money currently flows from South Africa into Africa, the country has other issues including growing political risk which allows Mauritius to compete.

Mauritius has both the island and village mentality. Do you think Mauritians are ready to give up or change their lifestyle when opening up to the world?

Craig McKenzie: That is a choice society has to make and you cannot really say which one is right or wrong. People everywhere are scared of their culture and country being overrun and the fact is that people will always find change uncomfortable. Society has to weigh up increased income and jobs against existing lifestyle and culture.

What can Mauritius do to stay competitive?

Craig McKenzie: Mauritius is a very entrepreneurial country; the people here are very entrepreneurial. The private sector has been very active in Africa and India. The Mauritian Government has also been active in terms of setting up diplomatic channels. Mauritius also needs to continue developing its digital infrastructure and human capital to stay competitive.

What are Investec’s strategic planning for the next 5 years?

Craig McKenzie: The next step would be building up our wealth management business and our trade finance capacity. We believe the market in Mauritius is now ready to have professional wealth managers who are resident on the island to serve international clients. Trade finance is also an essential service that a bank needs in its suite of products when dealing with clients in Africa.