In conversation with
Hon. Leon Jooste

Minister of Public Enterprises of  Namibia | 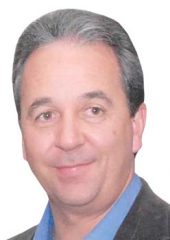 FDI Spotlight: You said that this new centralised model will be a game changer for Namibia State-Owned Enterprises (SOEs) and therefore Namibia, could you outline the significance of this model and how it is going to be implemented?

Leon Jooste: Up until now we have utilised the dual governance model; responsibilities are shared between two government shareholder representative agencies. We still have that at the moment, we will implement the new model next year. The reason being, we require the legislation to be amended. You cannot split it; dual accountability, dual reporting, because it is diluting and complicating the relationship between the shareholder and the company.

Globally we do a lot of benchmarking; we were in Malaysia, where we looked at the Khazanah Model. Singapore has Temasek, which we love and we may evolve towards the Temasek over time. It is working extremely well in a number of economies. There are many good elements, it removes the SOEs from the government as a shareholder. In most cases they are in a holding company and the shareholder is usually through a Minister of Finance, which is in line with most State Finance Acts. It makes it more difficult for any form of political interference. There are more commercial principles being applied because you have got a holding company accountable for a massive investment portfolio, and they are generally less tolerant. Things are less politicised; the appointment of boards are purely based on merits or competency based.

We have got a bit of an anomaly in Namibia; we have allowed for entities which, arguably, should never have been recognised as public entities or registered as such and therefore our social bill has bloated over the years. They are what we now call non-commercial public enterprises. Most regulatory service providers, some of them, have purely got a social function, all of them were registered and now we cannot simply dump them. In a perfect world we would like to only focus on the commercial entities and ignore the others, yet we have to work out how they are going to be governed in future.

Apart from the governance flaws, we have potentially allowed for some very dangerous conflict of interest situations. Under a number of portfolio ministries we have had all functions of the entire sector under the ultimate control of an office of a minister; like The Ministry of Mines and Energy. The responsibility of formulating policy and legislation, the regulation of the sector, and until very recently, the monopoly operator, being NamPower, all under one authority. By implication, due to that conflict of interest, we still have NamPower as a very dominant electricity generator, we also have a NamPower which controls the entire energy cycle making our power position and generation uncompetitive– that’s a problem. What we are doing now is splitting those functions. In that case, NamPower will be removed and it will come to this ministry. The regulator remains under the authority of the Ministry of Mines and Energy and I anticipate that over time it will create a more level playing field and increased competition. From government through the regulator and our public enterprises operating in the various sectors, we believe it is imperative to create a level playing field for our future growth path. However, in some sectors, we are still going to have some degree of a monopolistic situation.

An example worth illustrating is our rail sector. The sector is not mature enough to be attractive for another operator to enter. TransNamib and the rail infrastructure is potentially attractive for Foreign Direct Investment and strategic partnerships.

Purely having this governance model where you split those functions, our commitment to creating a more level playing field will be very effective and enticing. Investments and investors follow and look out for these elements. In all the developing economies you see a lot of SOEs, they are needed. They should exist because in immature economies the government has to perform those functions, deliver those products and services, because the private sector cannot do it, or not yet, or only partially.

After independence there was no appetite for investment in mobile telecommunications technology, we had to do that ourselves and we did it very well. We started Mobile Telecommunication Company (MTC) with a brilliant strategic partner. The sector has matured to a point where we can ask the question do we even need to participate? The sector is completely matured, it is providing the service. We are currently thinking of listing it on the Stock Exchange as soon as possible, I would say in six to eight months. It is a massive political and policy shift for the government to take this action and we believe it will pave the way for other public enterprises to see the value and impact for Namibia.

This is the way forward as it provides us with the ability to unlock capital that we desperately need, which, it is fundamental for us. TransNamib would be a good candidate for this forward thinking approach.

Do the Public Enterprises need to reinvent themselves to take a long term, sustainable focus?

Leon Jooste: Definitely. We are starting that process. Over the last twenty seven years a number of Public Enterprises were created, and they had a very particular mandate. Over time some of them have completely fulfilled their mandate. A more radical question is should it continue existing if it has fulfilled its mandate?

We do have long term strategies. The legislation is being finalised and should be in Parliament in February. We will be developing an ownership policy, it will be in line with your OECD corporate governance guidelines. Ownership policy will answer most of what you have asked. That will be a guiding, living document to guide government’s role in ownership. We will use that to measure when we should invest in a public enterprise, when we should dissolve a public enterprise and how we do execute.

We want to realign them to government objectives. Walvis Bay port expansion, government was very clever to spot that opportunity because that is one place where we can be very competitive regionally due to our geographical location. However, we should have committed to an integrated project, not an isolated approach to a harbour expansion project. TransNamib can only handle 5 – 8 % of all bulk freight in and out of Walvis Bay. We needed to have had one transport and logistics master plan that complemented the entire ecosystem for that one project. That is the typical example of what we should prevent in the future, so harmonization is achieved.

We are very interested in strategic partnerships. If you compare Namibia MTC, to Telecom Namibia, the former has grown immensely and the latter has not grown at all. We believe a large part of that is that MTC incorporated a strategic partner.

We want to bring on board capital, skills and technology. A number of our Public Enterprises that are slightly distressed would be brilliant candidates for strategic partners and are exciting opportunities for any investor.

The Achilles heel of a lot of SOEs is that they employ too many people. For TransNamib they had 84 % of their operating revenue go into salaries and wages. For a potential investor that would be a major red flag.

If we only get one thing right going forward, that is to appoint the best possible boards underpinned by diversity. People based purely on merit, people with the skills, experience and integrity. That will solve most of our problems. Corporate culture starts in the boardroom.

Like many new democracies, we lack some important skills, so it is a challenge to appoint boards with a skills balance. It would be beneficial to appoint a relevant global expert.

How committed are Namibians to seeing the next stage of a modern flexible economy moving forward?

Leon Jooste: Not having had this ministry before, we have not been technically equipped to be a professional shareholder. We are sitting with billions of dollars of assets, and we have about 16,000 people working in these public enterprises, for our country that number is far too excessive.

I have just got a new business plan from one of our major Public Enterprises, in that business plan in their final financial year they make a loss and they are okay with that. This particular Public Enterprise has the ability to get out of making a loss within a three year period. That is typical of our SOE culture. The impression you get is that they do not feel they have to make small amendments to turn things around to get out of a loss-making situation if they are still yet making an direct or indirect impact.

There is a difference between political interference and political intervention, we as a shareholder need to tell the SOE thanks for the business plan but we are going to put this in the bin. We must then set their performance targets. We do not have a performance culture in Namibia. By law they should have performance contracts but most do not, or if they do, it is an abstract document. We will change all of that and we are bullish about achieving it. We are going to set out Key Performance Indicators, not just financial but operational targets to be fulfilled.

TransNamib has a train that goes to a town called Gobabis every week. We discovered that in the previous week that that train went all the way to Gobabis with 750kg, that load can go on an average pickup truck. But they sent a train there which came back with nothing on it. I pointed this out to the board as an example of how they are running the company, allowing inefficiencies in and asked if they were okay with that. They said that they were and that they have to send a train there, they are train operators. That sums up the SOE culture. It comes down to a lack of ambition and commitment to address inefficiencies or collaborate. We have allowed for that to happen over many years and we can not longer accept it. We now need a massive mindset shift to get people to think differently. We are firmly committed to enhancing operational effectiveness of our public enterprises by forward thinking and internationally benchmarked policy reform whilst challenging the cultural malaise that require turnaround strategies.