As the leading industrial scale waste-to-energy company in South Africa, Bio2Watt (Pty) Ltd is a pioneer in the alternative energy field.

A range of other inventive biomass projects are currently in development and these independent commercial enterprises will contribute to diversifying the South African energy mix away from coal, which still forms over 90% of South Africa’s total electricity generation capacity. Bio2Watt has extended its presence in other Sub-Saharan African countries where it will make use of waste to produce energy and generate power.

Bio2Watt’s ‘purely green energy’ approach is two-fold: the production of clean energy from a variety of organic sources and the utilisation of what typically goes into landfills to produce energy, thereby assisting in the decrease of water and air pollution.

Established in 2007, Bio2Watt aims to develop, own and operate waste-to-energy projects throughout Africa. The company aims to produce in excess of 50MW of green energy on the continent over the next five years.

With over 14 million cattle in South Africa, the potential for project replication is substantial. Interest shown in BBP indicates the development of a new emerging industry within Africa. 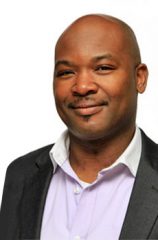