Set up on 15 October 1919, Barclays was the first international bank to establish operations in Mauritius. With the launch of its global business in 1990, Barclays Mauritius became the pioneer in International Banking.

After nearly 100 years on the island, Barclays Mauritius remains a key player in the banking sector and is able to provide a complete range of sophisticated services for its individual, business, corporate domestic and international customers.

Barclays Mauritius is a fully owned entity by Barclays Africa Group Limited which operates and leads in more than 10 markets across the continent, with around 12 million customers. 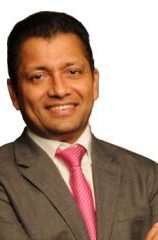