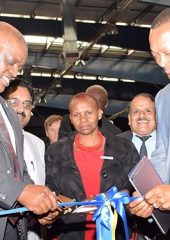 The Bankers Association of Botswana (BAB) is an advocacy body in Botswana, lobbying for the interest of Botswana’s banking sector with important stakeholders in government, and the private sector. The BAB articulates positions about reforms and improvements needed to make sure that there is a fitting relationship between government and the banking sector.
Focusing strongly on financial literacy, the BAB successfully hosted the Banking and Wealth Expo 2017 in partnership with the Botswana Institute of Bankers (BIOB) from November 15 to 18, 2017, an event which was officially opened by His Honour, the Vice President of the Republic of Botswana, Mr Mokgweetsi E. K. Masisi. Over 2 billion adults globally are excluded from the formal financial system and the 2015 Botswana financial inclusion survey showed that the level of exclusion in rural areas is over 30 %. This triggered a policy response by the government of Botswana in the form of a National Financial Inclusion Roadmap.
The Banking and Wealth Expo, in part a response by the private sector to the challenge of improving Botswana and Africa’s current level of financial inclusion, aimed to promote awareness concerning the need to reduce the high percentage of exclusion through broadening financial access.
Botswana’s first ever Banking and Wealth Exposition was held under the theme: The four-day event was organised by Bankers Association of Botswana (BAB) and the Botswana Institute of Bankers (BIOB), with the active support of the Ministry of Finance and Economic Development, Ministry of Basic Education and the Ministry of International Trade and Industry.
In addition to the role played by Botswana’s private and statutory banks in financing the initiative, the sponsoring institutions included the Bank of Botswana, which played an instrumental role in supporting the Exposition. Other regulators such as the Non-Bank Financial Regulatory Authority and the Botswana Communications Regulatory Authority also participated. The Exposition also enjoyed the active support and participation United Nations Development Programme, the SADC Banking Association and Bankserve Africa. Exhibitions at the Exposition were broad based, covering companies from the banking sector, asset management, insurance and pensions sectors, as well as micro-lending and financial literacy sectors.
Briefing the media about the aim of the expo, BIOB Executive Director, Ms Lydia Andries said it aimed to create awareness about the financial sector and to educate the public in terms of the tools available for them to leverage up to create their own wealth. She further said they aim to take financial services and products to the masses.
“That is the reason we brought all these financial services sector companies under one roof for the public to have a dialogue, and meaningful conversations with them to understand what is it they offer, how it is relevant to customers as individuals, and how will it help their families looking at the various options are in the market,” Ms Andries said.
She further said the event brought the private sector companies and regulatory authorities in the financial services sector as well as other industry stakeholders to dialogue on policy issues with the aim to create a conducive business environment for the financial services sector.
“It is our belief that where there is dialogue there are very meaningful resolutions that will come out of that that will create an environment whereby all stakeholders involved will enjoy the financial services sector,” she added.
She said a well-developed financial services sector could play a meaningful role in diversifying the economy from being anchored on the diamond industry to being a service oriented economy, adding that expo was one good initiative to achieve the development.
Ms Andries said activities during the expo included presentations and workshops where stakeholders within the various financial services sectors engaged and had a dialogue with members of the public. In collaboration with the Ministry of Basic Education, students were brought in from various schools to appreciate the value of the financial services sector and to be introduced to careers in the sector, she said.
The chief executive officer of Bankers Association of Botswana (BAB), Mr Oabile Mabusa said the “expo was part of a much bigger agenda of promoting financial inclusion and access to transform livelihoods.”
He said financial inclusion played a pivotal role in enabling access to wealth and achieving economic development, hence the G20 countries adopted a resolution encouraging and promoting financial inclusion.
He said the United Nations placed financial access and inclusion at the top of national development strategies. (BOPA). 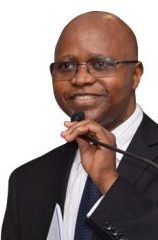 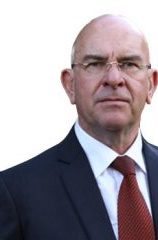 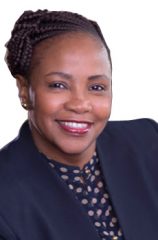 Read opinions on new partnerships from leaders within Namibia’s public and private sectors. 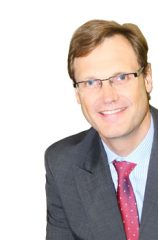 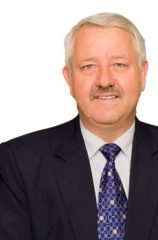