Vietnam is a country in startup mode navigating clear contradictions, a country where half of the population remains working in agriculture yet determined to evade the perennial middle-income trap. Borrowing from the tag line associated with Israel the Vietnamese government has proclaimed its vision to make Vietnam a start-up nation.

A nominally communist society it has what is in effect a 30-year-old economy. Prior to 1990 having experienced a century of French Colonial occupation, two decades of civil war, and another 15 years of economic ruin. Since this landmark and the enactment of the communist party’s “Doi Moi” (renovation) economic development program, Vietnam has roared ahead with 40 million of its 90 million strong population escaping poverty over the last two decades. Integrating into the global marketplace and tapping capitalism to average a 6.4 percent GDP growth throughout the 2000ís. Emerging as the worldís second-fastest-growing economy behind only China.

If it can maintain a seven percent pace over the next decade, it will conceivably follow the same trajectory as other erstwhile Asian tigers such as South Korea and Taiwan. Quite an achievement for a country that in the 1980’s was as poor as Ethiopia.

Lacking the advantages of a large economy the lessons of its ascent are an effective counterpoint to techno-pessimism. The advance of automation and technology having fuelled concerns that impoverished countries can no longer reach lift-off from labour-intensive manufacturing.

In response, Vietnamese policymakers have been clear-minded about the path the country must take and cognitive of the strategic importance of the broader tech sector to stimulate future economic growth. Dramatically simplifying its trade rules allowing foreign firms to flock to Vietnam that now make-up about two-thirds of its technology exports.

Attracting big names like Microsoft, Samsung, and Intel. All three have made Vietnam a major spoke in their global supply chains their presence a clear endorsement of its aspiration to develop a technology ecosystem.

Prime Minister Nguyen Tan Dung has set out a national strategy for Science and Technology to push more Vietnamese citizens towards a digital economy. Setting targets including an online presence for 60 percent of the countryís businesses, a requirement that 80 percent of companies should allow customers to order through mobile apps or internet sites, 30 percent of the population should shop online, and that electronic payment should be available for 70 percent of utilities and at all supermarkets.

In a country where 90-95 percent of all businesses are small or medium-sized, they are all now part of a broader strategy by the government to encourage startups and e-commerce with funding and legislation, blending free enterprise and central planning. Projecting the value of high-tech products and applications will make up 45 percent of Vietnamís gross domestic product by 2020.

As Le Xuan Hai Chairman & CEO of VietSoftware International told FDI Spotlight, “The potential is there because we are catching up with modern technology. This is beneficial for us because we can learn, invest and promote development inside the country for our younger generations.”

Allied to this openness and foresight is its flexibility, the government encouraging competition among its 63 provinces. Ho Chi Minh City, described as “the silicon valley of Vietnam” has forged ahead with network of Industrial parks with sophisticated infrastructure that includes places like the Quang Trung Software City, (QTSC) – which was the original flagship project and is now home to 120 ICT companies, and 33 investors, including HP and IBM – state-owned, there have been calls to privatise operations to spur further development.

Danang in central Vietnam has also gone high-tech, and is emerging as a major technology centre in its own right with its high-tech park and IT investors are drawn to a city – that was traditionally a tourist attraction – yet is placed between Hanoi and Ho Chi Minh at the strategic end of the East-West economic corridors linking Laos, Thailand, Myanmar and Vietnam. It has been a big draw for technology firms looking to develop.

Meanwhile, the North is scooping up technology manufacturers as they exit an increasingly high-wage China. There are plans to build a $1 billion software park in Hanoi which municipal authorities hope will create up to 40,000 jobs and expected to bolster the regionís developing start-up sector.

Of the startups now emerging from Vietnam, there are two-core categories, the local or regional firms setting out to solve specific local problems – often by localising products or adopting business models that have worked elsewhere – or those startups with global aspirations leveraging Vietnamese skills and perspectives. Such as VGN often described as the ìTencent of Vietnamî and Vietnamís first ìunicornî.

Vietnam is a country in transition – classified last year by the World Bank as a middle-income nation and while the easiest growth has been captured through such things as improved agricultural productivity and low-cost manufacturing. Vietnam is becoming increasingly important regional market both for global technology vendors and for homegrown entrepreneurs, the latter gaining further encouragement to innovate as the country adopts international standards in communications infrastructure and education technologies.

As of 2004, there were only 45 million Internet users and virtually no smartphones, fast-forward to 2017 and there are now 50 million Internet users and over 30 million smartphones in use. The Universities are also graduating around 100,000 engineers per year. Costing a fraction of their counterparts in Silicon Valley and the government estimates there are 14,000 tech companies, with another 1,000 coming online every year. Many of who have the basic building blocks required to take advantage of the new economy.

Building on its pool of University graduates and favourable demographics, it’s young, tech-savvy population that obsesses over tablets and smartphones. Vietnam also has the potential to become one of the top global locations for offshore services, generating $3bn a year according to the Vietnam Software Association (VINASA). But, Vietnam is still a boutique market in outsourcing and lags behind its regional peers such as India and the Philippines.

Although outsourcing companies in Vietnam have made significant inroads in the US, Japan and several European countries. Vietnam even overtook India to become Japan’s second-largest software outsourcing partner after China. And now accounts for 21 percent of the market according to the Japan External Trade Commission. US and European outsourcing markets are growing at an explosive 20-30 percent a year. It may even help that the Vietnamese language, unlike other Asian languages, uses Roman lettering. Making it easier for the Vietnamese to adopt English the lingua franca of global commerce.

Even though Vietnam does well versus other developing countries on test scores for mathís & science, it will need significant educational progress if it wants to transition from a country at assembly line stage, putting devices together and packaging them or fielding customer service and support calls. To be able to create advanced products such as semiconductor chips.

Vietnam also benefits from its global diaspora of over four million people which is the countryís secret weapon in the global tech scene. Many ÈmigrÈ Vietnamese having had jobs in leading tech companies or started businesses abroad and who are now seeking to come back to Vietnam to build something or to leverage what already exists within the growing startup community and incubator culture that has become active in Vietnam in recent years.

The state has also doled out significant start-up funding largesse either direct from the Ministry of Science and Technology or bilateral or multilateral donors such as the $100 million loan from the World Bank and a separate initiative backed by the government of Finland called the “Innovation Partnership Program. “There are many channels for investment, but we need many more sources of investment to get there; we can’t do it alone. For our country to become at least the digital hub of this region, we must see a clear strategy from higher public levels.” Opined, Le Xuan Hai of VietSoftware International.

Other infrastructural problems do however persist, for example, while the market comprises multiple Internet providers, their connectivity is reliant upon only one submarine cable. The Asia-America Gateway. If that cable goes – as it has since its installation in 2009 – the Internet shudders to a complete halt. Albeit with a new $450 million undersea cable connecting Vietnam with its neighbour coming on stream, at the start of 2017. Which promises Internet speeds twice as fast as current rates.

Yet the relative immaturity of the market is clear, according to a recent report by VINASA the country will need at least 400,000 IT workers for the 2017–21 period with the Universities capable of only producing half that number. Another challenge is weak intellectual property protection. Many start-ups often forced to register overseas ñ usually Singapore – and despite the government has drafted a new criminal code, aiming to protect intellectual property rights, create a national management system for e-billing and expected to crack down on IP infringements ñ there remain no specialised IP courts in Vietnam.

Besides the insufficient IP protections, Internet users have also faced persistent security breaches. Vietnam’s computer systems have proved vulnerable to Cyberattack – in particular by Chinese hackers, who have carried out several Cyber-attacks on Vietnamís airports and even the website of national flag-carrier Vietnam Airlines in which the airlineís customer database was stolen and made public on the web. Security concerns prompted the government to pass Vietnam’s 2016 Cyber Information Security Law – establishing a system to classify digital information and specify the steps public organisations have to follow to protect their data.

The critique from some quarters has been that Vietnam’s quasi-communist system has rendered it as having the worst of two systems, an authoritarian socialist state alloyed to an unfettered ideology of neoliberalism. Whilst, “the Socialist Republic of Vietnam” remains a communist country in practice, it is far more capitalist than communist.

Although there remains a tension between factions within the one-party government the digital economy, in particular, representing a relax of control, with its ethos of a freer flow of information and freer commerce, fine by the more pro-capitalist faction but a concern for the faction that wants the government to continue to steward the economy proactively.

After a miraculous recovery from war and finding itself – improbably enough – as a middle-income country, Vietnam now faces a steep ascent to the high-income ranks. Issues such as the bloated state-owned enterprises (SOE’s), a brittle one-party system of government and competing provinces, which are only a benefit if they donít duplicate infrastructure, and a weak domestic supply chain. Are all factors conspiring against Vietnam’s emergence as a world-class technology hub.

Thus, even though Vietnam’s high technology and digital economy have been moving up the value chain in recent years, these industries might stay in the fledgeling development stage exacerbated by the countryís late adoption of the Internet and the continuing paucity of the regulatory framework.

In spite of these negatives, the IT industries in Vietnam have seen some promising annual growth rates on the back of growing demand from other industries. Sales in the software and digital content industries are expected to spike in banking and finance, oil and gas, aviation and the telecom industries all continuing to flourish. The Vietnamese government is also a major software buyer in Vietnam, accounting for around 30 percent according to the EU-Vietnam Business Network. All fuelled by growing internet penetration rates and the Vietnamese themselves becoming richer than ever before. And as Internet infrastructure starts to improve, more demand for areas such as software as a service and other cloud-based computing services should also pick up.

If Vietnam’s astonishing past quarter century has shown us anything it may well have an excellent chance of success in carving a niche for itself as a regional, and in time even global technology hub and overall Vietnam is being seen as something of a role-model to other countries trying to get a foot on the technology development ladder. 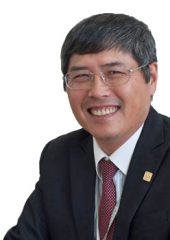 Developing an Entrepreneurial Culture in Thailand 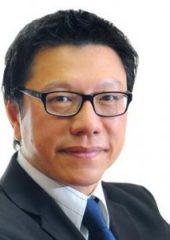 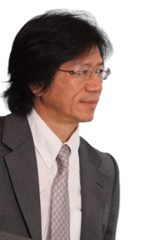 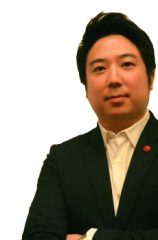 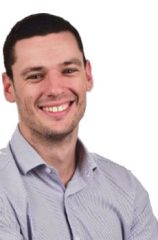